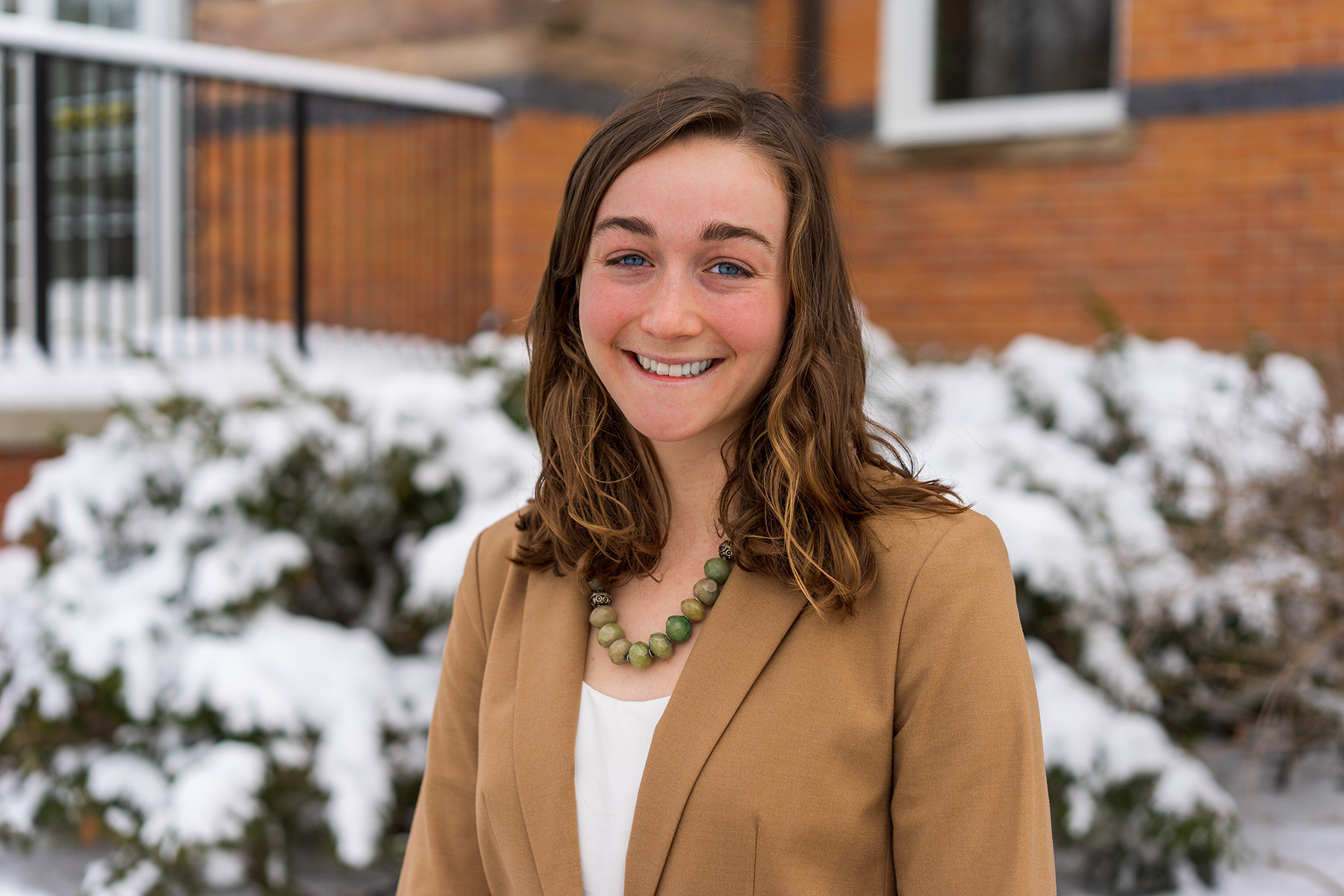 Emily Steffke, a graduating senior earning a B.S. in Neuroscience and a B.A. in English, has been named the 2020 recipient of the Richard Lee Featherstone Endowed Prize.

The prize is given to the most outstanding MSU graduating senior as determined by the Featherstone Nomination Committee, to be used for future growth and development, travel, graduate study, or meditation.

Steffke, who is also minoring in Music (piano) in the College of Music, has accrued an impressive list of academic accomplishments.

She is a member of the MSU Honors College and has maintained a 4.0 GPA while at MSU. Upon admission to MSU, she was awarded a professorial assistantship, a stipend-based research experience for first-year and second-year students to work closely with a faculty member.

The assistantship is awarded to students in the top 1% of their high school graduating class and less than 1% of all entering students at MSU.

The Richard Lee Featherstone Endowed Prize was created in 1986 by a group of MSU College of Education alumni to celebrate Featherstone’s life and contributions to scholarship, research, and leadership.

Qualifications for the award winner include status as an MSU senior, an open, curious, creative approach to education and ideas, as well as intellectual ingenuity.

Additionally, the award recipient must demonstrate exceptional character and leadership in enriching the lives of others and a commitment to community service and lifelong learning.

Though Steffke has been awarded numerous highly prestigious honors and has achieved high academic distinction, her nominators also cited her “remarkable leadership and service to others in the community, including MSU.”

The nominating faculty, Laura Symonds in the College of Natural Science, Kristin Mahoney in the College of Arts & Letters, and Kristin Janka in the Honors College, also praised Steffke for her “outstanding character and values” and “her excellence as a student and citizen.”

In the years that Emily has been a Spartan, she has thoughtfully developed her goals, adjusted them as she gained insight and expertise, and demonstrated the principles enshrined in the Richard Lee Featherstone Endowed Prize. Her keen intellect, high character, and extraordinary leadership, as well as her independence, creativity, and commitment to public service are simply without parallel.

In August 2018, Steffke co-founded the nonprofit organization, “Reach Outside,” which she currently leads. This nonprofit creates opportunities for disadvantaged youth to experience outdoor recreation in which they would not otherwise be able to participate.

As Steffke describes it, the barriers for local youth to participate in sports such as cross-country skiing, rock climbing, or running (barriers of finance, transportation, supervision, and equipment) are often too high; Steffke wants children to receive the physical and psychological benefits she is aware of having received in her own active life, regardless of their background or ability.

Inspired by her belief in the power of outdoor physical exercise to foster community, Steffke joined “Cottonwood Gulch Expeditions,” a nonprofit organization that sponsors educational wilderness expeditions in the American Southwest.

As a member of this organization, she planned and led a five-week trek that focused on female youth empowerment in the outdoors and planned a curriculum to foster personal growth as well as scientific, historic, and cultural discovery.

She led a committee of 20 other students to advertise and finance the race, which ultimately raised $18,000 for RCPD. Her commitment to RCPD did not end there. She then spent more than 200 hours that year tutoring the RCPD students to whom she felt so dedicated.

“In the years that Emily has been a Spartan, she has thoughtfully developed her goals, adjusted them as she gained insight and expertise, and demonstrated the principles enshrined in the Richard Lee Featherstone Endowed Prize,” her nominators said. “Her keen intellect, high character, and extraordinary leadership, as well as her independence, creativity, and commitment to public service are simply without parallel.”

After graduation, Steffke plans to undertake a D.Phil. in Clinical Medicine as a Marshall Scholar at the University of Oxford, where she plans to work to create a vaccine that can boost patients’ immune responses against brain tumors.

English Major and Citizen Scholar to Graduate with Perfect 4.0 GPA