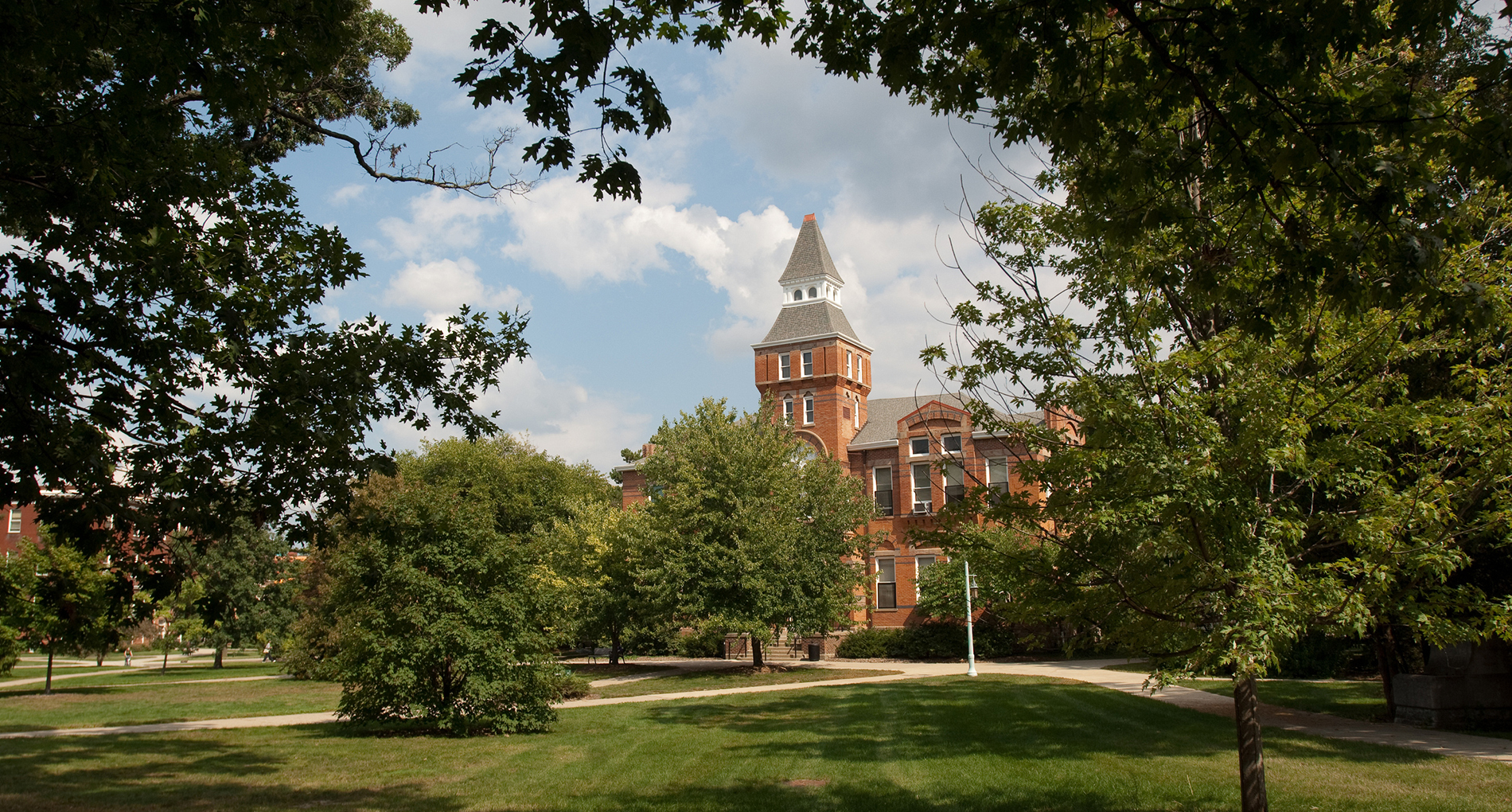 Mackenzie Meade, who graduated this month with a B.A. in Religious Studies and a concentration in Nonprofit Leadership, is this year’s recipient of the Engaged Scholar Award, which recognizes the Religious Studies undergraduate major who best represents the ideal of the engaged scholar and whose aspirations are to serve the wider community.

“When I came to MSU, I wasn’t planning on majoring in Religious Studies, but after my first class with the department, I quickly fell in love with learning about religion. It was the perfect combination of all the subjects that I had always loved studying,” Meade said. “The teachers that I have met during my four years with the department have helped to nurture me into the student and scholar that I am today. Being in the Religious Studies Department also helped me to discover my passion for nonprofits, which I was able to explore through the nonprofit leadership concentration.”

The highlight of Meade’s MSU education was the time she spent on her independent study and thesis. The topic of her thesis was on religious and spiritual enlightenment in American nomadic culture and travel novels, in which she worked on with Academic Specialist Morgan Shipley, who has been Meade’s mentor throughout her time at MSU.

“My thesis allowed me to culminate my time at MSU and everything that I have learned and apply it to a subject that was intriguing and exciting to me,” Meade said. “When I presented my thesis, it was amazing to hear interest from the professors who I have learned so much from and it was so rewarding.”

Alana Davis, who is a junior majoring in Religious Studies with a minor in Arabic and Philosophy, is this year’s recipient of the Robert Pettapiece Scholarship, which supports excellent engaged students in the study of religions and nonprofit leadership.

“For me, this is a sign that hopefully I am moving in the right direction in my studies and helps bolster my hope that I can make a real impact within this field,” Davis said about receiving this scholarship. “My interest in Religious Studies lies in looking at religion through sociological and philosophical lenses, seeing the role religion plays in shaping and maintaining communal and individual identity.”

Davis, who is from Aurora, Colorado, plans to graduate in May 2021. So far, the highlight of her MSU education has been working with the professors in the Religious Studies and Arabic Departments, who she says have always supported and been helpful to her. After she graduates, she would like to continue her education and get a doctorate in Religious Studies specializing in the Philosophy of Religion.

The Robert Pettapiece Scholarship is funded by Religious Studies alumnus Dr. Robert (Bob) Pettapiece, who was a student of Dr. Robert T. Anderson, long-serving former Chair of the department who died this past year

Skylar Berlin, who graduated this month with dual degrees in Religious Studies and Political Science, is this year’s recipient of the Nick Rashford and Jake Foglio All-University Award for Excellence, which recognizes undergraduate academic achievement in order to enhance the academic credentials of deserving students.

“At a university so large, students don’t often get the opportunity to be recognized for their hard work. It makes me proud of the dedication I’ve put into my studies these past four years.” Berlin said. “As a Religious Studies major, I’ve had the opportunity to learn about cultures and people around the world through the study of different religious traditions, which has allowed me to have a more nuanced understanding of both history and the modern-day.”

Berlin, who is from Grand Rapids, Michigan, says she greatly appreciates the staff and faculty of the Department of Religious Studies who are devoted to the students and their education, adding that she is forever grateful for all the guidance they have given her.

In the fall, Berlin plans to attend Florida State University where she will pursue a master’s degree in American Religious History.

Andrew Keller, who is a senior double majoring in Spanish and Religious Studies with a concentration in Nonprofit Leadership, is this year’s recipient of the Julia Johnson Award in Religion and Ecology, which was first presented in 2017 and was created by alumna Julia Johnson, who graduated from MSU in 2015 with a B.A. in Religious Studies.

“Receiving this award reflects on all of the passionate professors and faculty members within the Department of Religious Studies and the College of Arts & Letters who have inspired and guided me over the last few years,” said Keller, who is from New Buffalo, Michigan, and will be graduating in fall 2020.

Keller says the highlight of his educational experience at MSU has been immersing himself in Religious Studies classes that have pushed him outside his comfort zone and encouraged him to appreciate the world as the beautifully diverse place it is. The unique courses in nonprofit leadership also have helped shape his career aspirations for the future.

“It is increasingly important to promote service work in all fields and I’m grateful that I attend a university that actively does so,” said Keller, who after graduating this fall, plans to apply to environmental nonprofit organizations based in West Michigan. He would like to help promote the preservation and natural beauty of the state.

Lauren Chapman, a senior who is double majoring in Religious Studies and Women’s and Gender Studies with a minor in Japanese, is this year’s recipient of the Robert T. Anderson Award, which recognizes the Religious Studies undergraduate primary major senior who achieved the highest grade point average.

“I always try to strive for academic excellence, and while there have inevitably been many challenges over the years, it was very exciting to see my effort paying off,” Chapman said. “My favorite part of Religious Studies is the ability to learn about other cultures in a way that is unique and personal to that group. As religion is often the center of a person’s life, it provides a very special insight into culture and relationships, topics that are greatly important when dealing with peace, development, and international relationships.”

Chapman, who plans to graduate in spring 2021, says the highlight of her MSU education has been the variety of classes and topics she has been able to learn, as well as being taught by knowledgeable, passionate, and encouraging professors.

After she graduates, she would like to join the Peace Corps and work with women and children.

English Major and Citizen Scholar to Graduate with Perfect 4.0 GPA